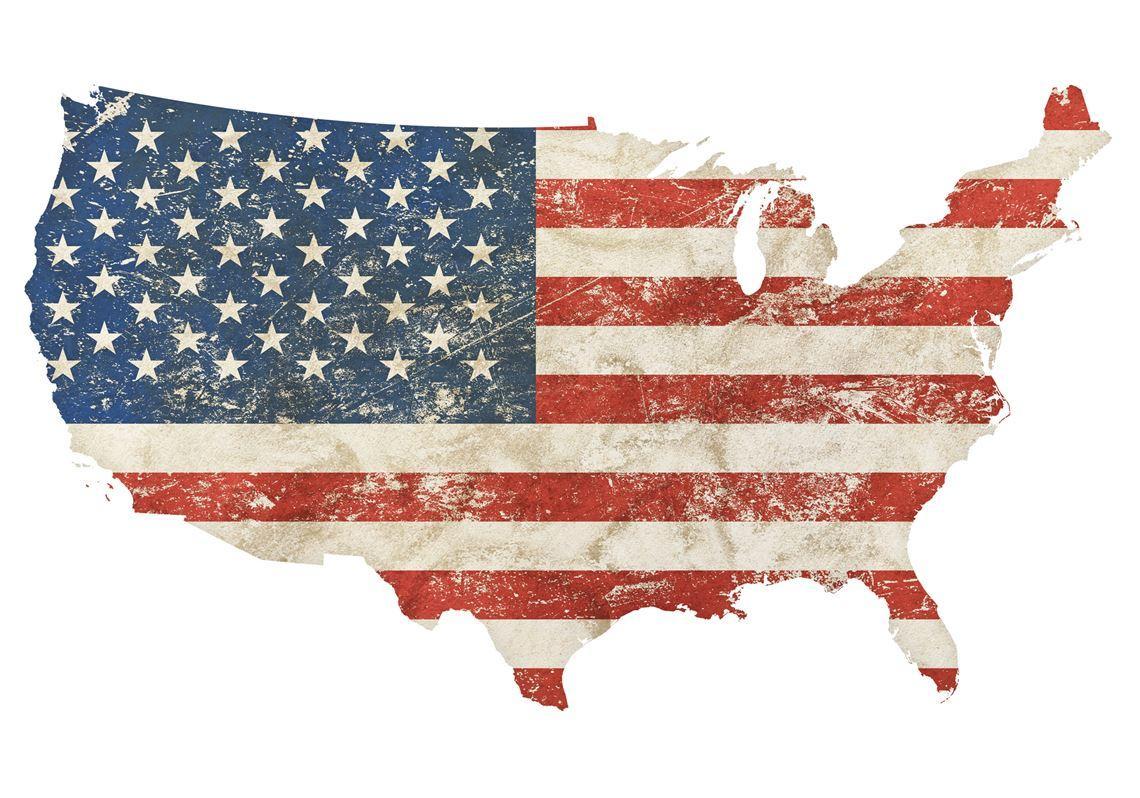 Now or Never: Covid-19 and the Navajo Nation by Drew Garvey

Since COVID-19 first hit the US in early-to-mid March, most Americans, as well as the rest of the world, went into quarantine. Many tried to make light of it, while others complained with the usual “When will this be over?”. The summer season and subsequent return to school has left many with the feeling that this is all “going away” or that there is some sort of “return to normalcy”. This “return to normalcy” is most certainly not within the near future, and one group of Americans has yet to experience it at all.

The Navajo Nation is the largest Indigenous reservation in the United States. Its borders run through 3 different. It is larger than 10 states and is home to over 170,000 people. Despite their presence, the Diné people have been failed by the media and the US Government. This literal radio silence and lack of response has been apparent throughout the COVID-19 pandemic.

There have been over 10,500 positive COVID cases on the reservation and 560 who have passed as of October 7, 2020. According to the CDC, Diné/Indigenous people have the highest hospitalization rate of any race. The Navajo Nation has the highest death rate per capita in the United States. At one point, Arizona has the highest infection AND death rates of –not just the United States- but the world as a whole. Based on this information, it could be reasonably deducted that the Diné people, in particular, are suffering from COVID’s impact.

Why is that, though? What has put the Navajo reservation and its people in such a position as this? As stated before, the silence from the mainstream media and federal government play the biggest parts in the issue, but the issues most prominent during the COVID-19 pandemic are all long-standing issues exacerbated by a global problem. 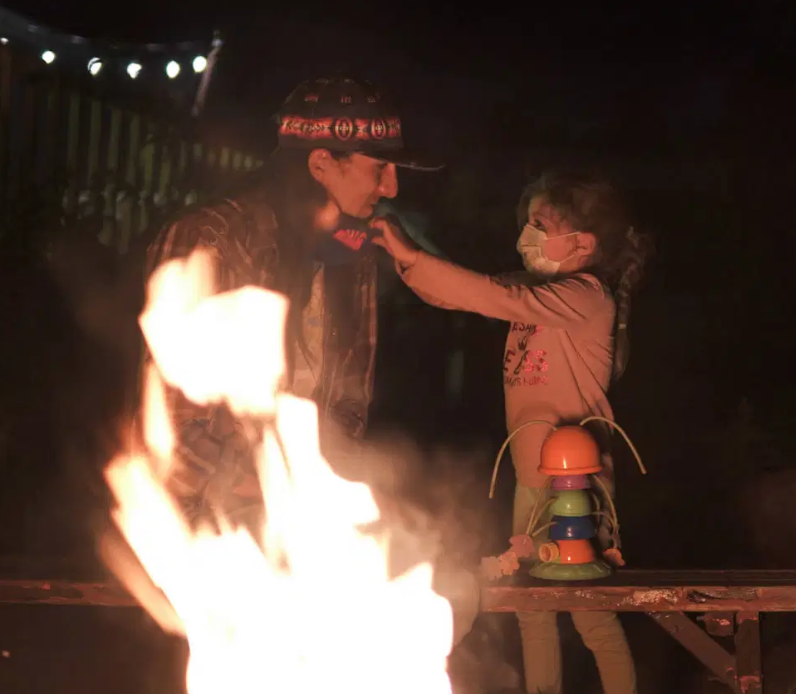 A lot of the issues stem from the literal land that the reservation is on. The hot, arid southwest has created a reverence for water in Diné culture. “Tó éí ííńá át’é” is a saying of theirs that translates to “water is life”. Water scarcity is a major issue on the reservation. A third of the population is without running water in their homes. Water is more than sacred. In a pandemic such as this one, it is vital. Furthermore, much of the water on the reservation is contaminated. Uranium mining starting in the 1940’s has had major health effects that have been passed through the generations along with affecting much of the water.

In relation to the land, the infrastructure in the Navajo nation is severely underdeveloped. A good majority of the roads are unpaved. Simple dirt roads of various terrain types. Navajo Nation President Johnathan Nez has stated that paving a single mile of road would cost between $2-3 million. The reservation is also incredibly vast. Yet, despite its vastness, there are very few sustainable establishments on it. There are around 13 grocery stores on the entire reservation. All are hours apart from each other. This manifests into a lack of fresh food and produce. The alternatives that Diné people are left to are responsible more the many health complications that they face. Such health complications pose a greater risk for COVID infections & even death.  Also, more notably, the hospitals are far and few between. There are only 40 ICU beds on the reservation. Like everything aforementioned, the indigenous healthcare system is severely underfunded and underdeveloped.  The federal government spends only a third of what it does for non-Natives on Native healthcare.

It would be the understatement of the year to say that these people are suffering amidst this crisis. COVID-19 has historical implications for these people much greater than our own. A great example of this would be with the medicine men. Many believe that their local medicine men and their practices were crucial and effective in the 1918 Spanish Flu, and consequently, the local medicine men were faced with an onslaught of COVID patients. The virus took many medicine men, and considering how their practices were passed orally, a good part of Diné tradition is lost forever. However, looking to the past also gives people their hope. Many Diné people saw how their ancestors overcame the 1918 outbreak and are optimistic to see similar results. Equally optimistic are they that such dire conditions will call for a long overdue response.

The Presidential Election by Sienna Gizelbach

*Editor's Note: Although written before the election, this is worth a read. Miss Gizelbach has written a well-researched and well thought out article about the state of politics in our country.

The Beginning of the Campaigns

We will start with Joe Biden. Joe Biden announced his candidacyin the 2020 Presidential Election in late April of 2019. Biden is campaigning in the democratic party. Donald Trump, our current president, took office for his first term, on January 20, 2017. SinceFebruary of 2017, Trump has hosted rallies and several fundraisers for his campaign. Trump is a member of the republican party and made it obvious that he was running for presidency again by coming out with the slogans such as, “Keep America Great” and “Promises made, promises kept.”

The first debate between Donald Trump and Joe Biden was heldon September 29th, 2020. The debate was held at Sheila and Eric Samson Pavillion in Cleveland, Ohio. This debate was a very chaotic one. The debate lasted for ninety minutes while the two candidatesdebated over several topics. All in all, the whole debate was them trying to talk over each other, neither could form a full sentence without getting interrupted.

Joe Biden has a long political background. He was first an attorney before pursuing his political aspirations. Biden became the fifth- youngest United States senator in history. He was a senator for the state of Delaware. After being a senator for 36 years Biden became the 47th United States vice president under President Barak Obama. He held office from 2009 until 2017, elected in 2008 andreelected in 2012. President Trump, on the other hand doesn’t have anextensive political background like Joe Biden does. Trumpsbackground consisted of his real estate business and acting. President Trump first acquired his father's real estate business and built hotels, golf courses, casinos, and office towers. Trump was then a host in 14 seasons of the reality TV show in “The Apprentice.” He then followed his political passion and ran for the 2016 presidential election and became the 45th president of the United States.

Mike Pence will again campaign with President Trump as his vice president. Pence was originally the Governor of Indiana beforepursuing aspirations. He was governor from 2013 up until 2017. After being Governor, Pence became the 48th Vice President under the Republican administration of Donald Trump. Pence’s Vice President isKamala Harris. Harris has a semi-political background as well. She ran for the democratic nomination for president but dropped out midrace. Harris is also the first South Asian American nominee on a presidential ticket. As of right now Harris is the only black women in the senate.

The final Presidential Debate between President Trump and Joe Biden occurred on Thursday, October 22nd. The debate was slightlydifferent this time. The final debate differed from the first one because the moderator was able to speak and the audience was able to comprehend what the candidates were saying. When onepresidential candidate was talking, the other candidate's microphone was shut off so they could not interrupt. Both Trump and Biden were able to make good points and the debate went well.

Based on the information provided it is shown that both candidates have very different backgrounds. Despite theirbackgrounds, the American people will decide who is most suitable for our country by the end of the election. I am personally anticipating election day and excitedly waiting for the results fromthe election.

Additional research for this article:

Trump, Biden and Their Views by Pauline Leiderman

*Editor's note: Although written prior to the election, Miss Leiderman has contributed a well-written article about the state of US Politics that is worth reading.

It’s election season. Which means it is politics time to rise and shine! On the blue side of the arena we have former Vice President Joe Biden and Senator Kamala Harris. And on the red side, we have President Donald Trump and Vice President Mike Pence. Now I am sure many of us did not get a great amount of information from the last presidential debate especially when you have one side yelling “Will you shut up!” and the other yelling “I saved football!” So, I am here to break down on what our two presidential candidates have in store for America. 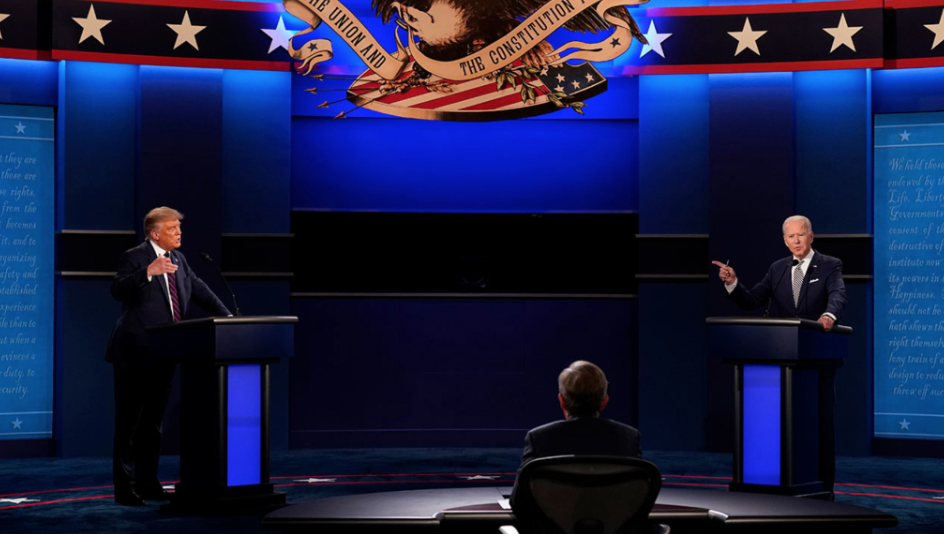 For Our first topic we have gun control. Trump has never been for banning guns but for safer gun laws. He has said before that he wants more states to get red flags laws, which gives courts the power to take away guns for a certain amount of time from people who might be a threat. He banned bump stocks in 2018 which makes semi-automatic weapons the ability to fire faster. For school shootings, he had suggested to give teachers guns for self-defense. Biden on the other hand, is more for banning guns. He is for background checks and wants to set up a voluntary buyback program to get rid of weapons on the streets.

For the next discussion, the topic will be environment/climate change. Trump has said before that climate change is a hoax. He has done things to make the U.S not be a part of the Paris climate agreement. He is also in favor of the fossil fuel industry. Biden believes climate change is an emergency and has made a promise before that the U.S. will rejoin the Paris climate Agreement. He has a goal to convince other leaders to reduce greenhouse gas emissions. Unlike Trump, he supports ending the fossil fuel industry.

Election day is November 3rd which will be in a little more than week. Hopefully, this article has gave you a more discerning view on what each candidate stands for, since nobody was yelling or interrupting each other this time. If you are eligible, make sure you are registered and are planning to vote this election. Although this election might not be affecting you in any sort of way, it can be affecting others so please, remember to vote!

Additional information for this article: