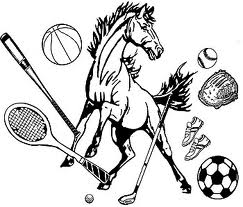 MRHS ATHLETICS - A COMMITMENT TO EXCELLENCE

Characteristics of a coachable athlete

Characteristics of an uncoachable athlete:

Becoming more coachable isn’t something that can be achieved with more drills, more reps,

or multiple coach-player conferences.Those are external methods of repair that a coach can

Most of the time, athletes don’t even know they’re uncoachable! It can be a shock to find out that it isn’t the coach, it isn’t the team, it isn’t the sport, isn’t the equipment… it’s actually them. Before an athlete can start on the road to becoming more coachable, they first need to understand the benefits of having a coachable mentality.

At Mainland - WE ARE ALL ABOUT TEAM. We are not interested in who is the leading scorer, leader in assists, who has the most tackles, etc. As I have always said, "every losing team, has a leading scorer." All individual accomplishments will get the appropriate recognition - if the TEAM plays well.

If you are the type of student/athlete that puts team first, you will have an excellent opportunity to become part of the Mustang Athletic Family!